Studying the Anti-Inflammatory Effects of PainFix

For over 40 years, the herbal formulation contained in PainFix products was used in a traditional form at the pain management clinics owned by the family of PainFix co-founder Yen Tse Yap. This medicine was used to treat thousands of chronic and acute musculoskeletal patients with problems such as ligament sprains, muscle spasms, herniated disks, joint osteoarthritis and frozen shoulders.

Evidence for the efficacy of the medicines gradually accumulated over the decades, starting with anecdotal evidence that graduated to clinical data and case studies when the clinics started to employ trained physical therapists who could systematically collect progression data from their patients. We now wanted to take a further step towards a deeper scientific understanding of the herbal formulation.

One of our main working hypotheses was that the proprietary extracts derived from the herbal formula contained high levels of anti-inflammatory compounds. We believed this was a reasonable hypothesis because the clinical data collected over the years correlates significantly reduced pain levels and improved recovery times with the regular use of the herbal medicine.

We proceeded to conduct studies on the in-vitro anti-inflammatory characteristics of the PainFix herbs using Human Embryonic Kidney (HEK293) cells. This study was conducted at Monash University and the team was led by a highly experienced microbiologist, Professor Sunil K. Lal, whose research focuses on viral infectious diseases and cell signalling and cell cycle progression. The team decided to conduct our initial studies with human cells since most life functions, including the inflammation response, happens at the cellular level.

To ensure that the herb extracts were not toxic to the cells, in-vitro toxicology was firstly conducted and this was assessed through microscopy evaluation and the MTT assay.

To determine the inflammatory pathways inhibited by the herb extracts, cells were treated with and without the extract for 24 hrs. To initiate an inflammatory response, Lipopolysaccharide (LPS, 100ng/mL) was introduced across 6 time points of 0, 1, 2, 4, 12, and 24 hours.

Subsequently, using the Western Blot technique, 4 inflammation markers (P-P38MAPK, IL-6, IL-1β and TNF-α) were studied. Expression of these markers in the study would indicate the activation of an inflammatory response. Vinculin was used as the loading control and P38 MAPK, in an inactive form, was used as a control.

The morphology of HEK cells following 24 hours exposure to the extracts was first observed under light microscopy. A comparison between the control (no treatment of extract) and cells treated with the extract is shown in Figure 1 below. No difference in cell morphology was observed, indicating that the cells that were exposed to the extracts remained healthy. 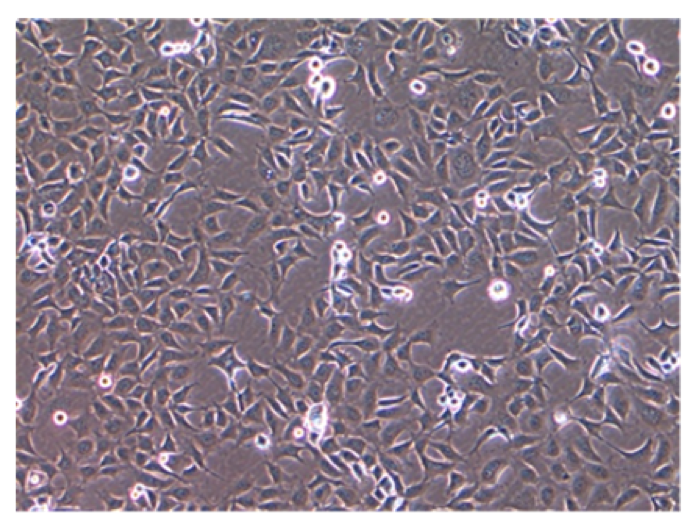 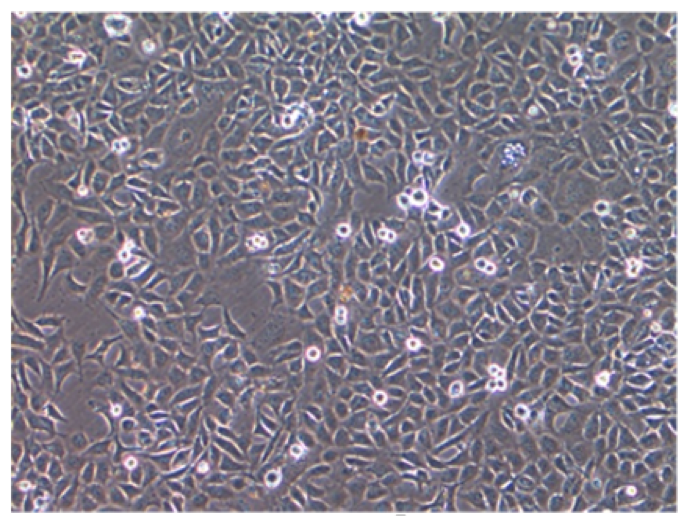 The MTT assay, which tests for cell metabolic activity, further demonstrated that the herbal extract was non-toxic towards the HEK cells at the optimized concentration, with a high percentage of activity (> 90% viable cells) recorded when normalized against the control. This study allowed us to determine the optimized concentration of the herbal extract for the next set of scientific studies.

Next, the investigation of the anti-inflammatory characteristics was carried out using the Western Blot technique. In Figures 2, 3 and 4 below, the columns of the gels are labelled according to six time points and a positive (+) symbol denotes samples treated with the herbal extract for 24 hours, while a negative (-) symbol denotes samples without the PainFix herbal extract treatment. Samples with LPS treatment are labelled accordingly.

As shown at the 0 hour time point, the herbal extracts themselves did not elicit an immune response. In fact, the expression of endogenous TNF-α was reduced, as observed in Figure 2. 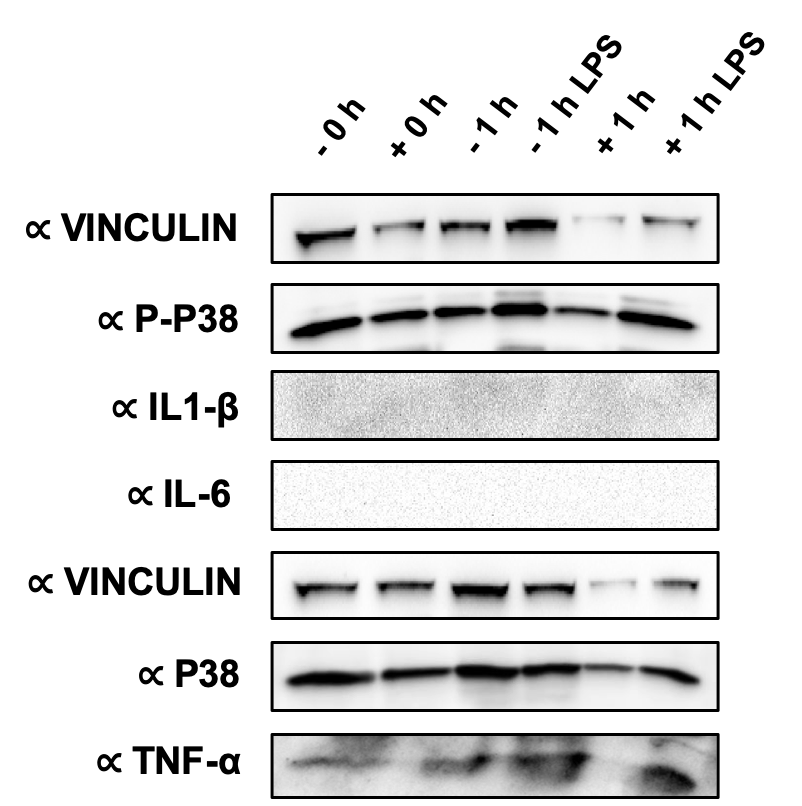 Astonishingly, at the time points of 2 and 4 hours, the herbal extract clearly inhibited the onset of inflammation by LPS, as can be seen in Figure 3, where the expression of P-P38MAPK, IL-6, IL-1β and TNF-α are significantly lower than the controls. 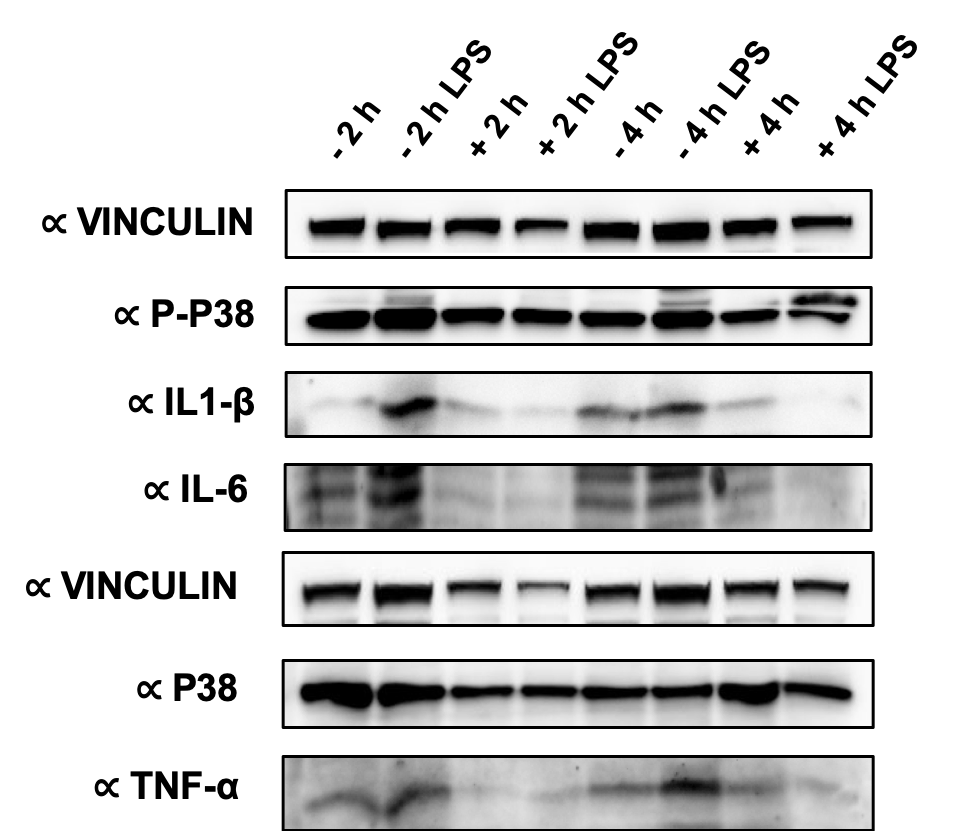 At 4 hours, we observed that cells treated with the herbal extract still demonstrated reduced endogenous expressions of P-P38, IL1-β, and IL-6. Further, continued exposure at 12 and 24 hours showed that the herbal extract was capable of inhibiting the onset of inflammation by LPS for extended periods (see Figure 4). 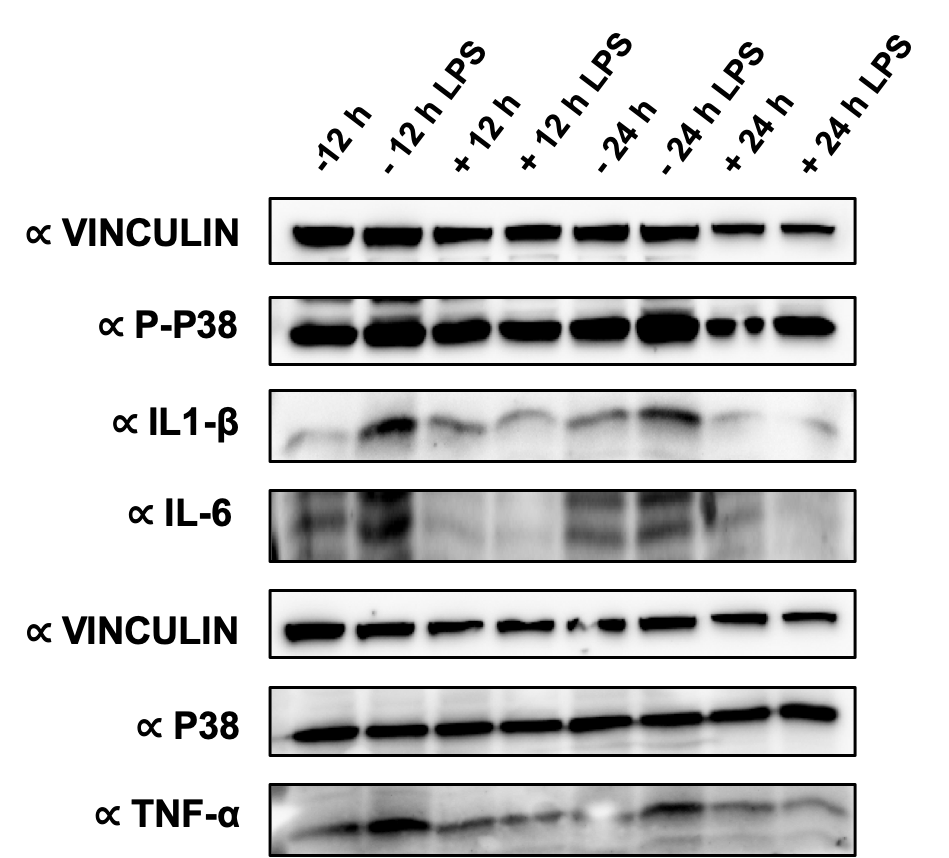 Taking a step back, this is also an exciting landmark because for the first time, modern scientific methods have been used to unlock the secrets of a centuries-old folk medicine discovery

This study successfully demonstrated that the PainFix herbal extract was highly efficacious in reducing inflammation and goes a long way to proving its anti-inflammatory effects.

Taking a step back, this is also an exciting landmark because for the first time, modern scientific methods have been used to unlock the secrets of a centuries-old folk medicine discovery that has been used to help countless generations of humans.

But this is only the first step. PainFix is committed to using the scientific method to bring to light solutions that actually work for pain management. Our lead research scientist, Professor Lal believes that the herbal extracts contain more secrets to unlock. As he puts it, "the results of in vitro anti-inflammatory tests were impressive, indicating strongly that the herbal extract was capable of inhibiting inflammation. We believe also that it plays multifarious roles in different therapeutic pathways, leading to exciting new areas for our research to explore”.

This article is for informational purposes only and does not constitute medical advice. The information contained herein is not a substitute for and should never be relied upon for professional medical advice. Always talk to your doctor about the risks and benefits of any treatment.